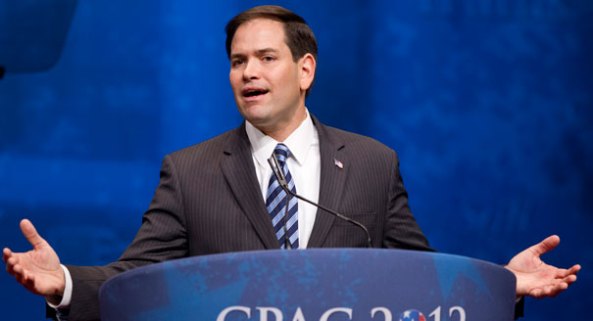 Thousands of conservative activists converged Thursday on Washington for CPAC. But aside from a packed hotel ballroom and a few memorable applause lines, the throngs were noticeably subdued as the yearly conservative confab kicked off.

That may change Friday, when Republican hopefuls Mitt Romney, Rick Santorum and Newt Gingrich are scheduled to speak. But for a crowd of self-identified conservative activists that numbered about 10,000, there was no palpable sense of excitement and few outward signs of support for most of the presidential contenders.

“It’s been tough. A lot of people are still undecided, and they keep saying they need more information. There’s not a lot of excitement here yet,” said Joseph Lipp, who was handing out stickers for Santorum.

In a primary season that has thumbed its nose at many of the typically predictive events on the campaign calendar — Michele Bachmann won the Ames Straw Poll but finished sixth in Iowa — campaigns may have made a conscious decision not to invest heavily in CPAC. Continue Reading…