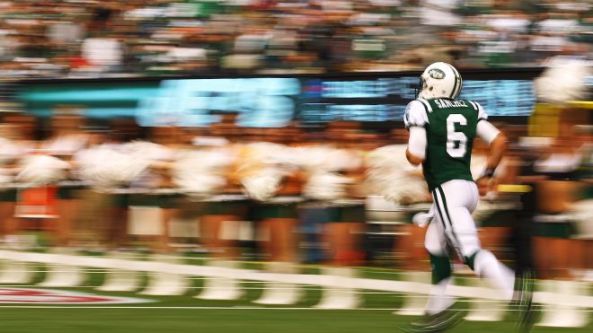 Leave Mark Sanchez Alone Jets Deserve More Hate: At least that’s the impression one gets reading Wednesday’s much-talked about New York Daily News story about the Jets quarterback.  The story, which set off a storm of controversy (both in the traditional press and on social media), cites nothing but anonymous sources, and they criticize Sanchez for everything from his playing ability to his mental toughness, calling him lazy, babied and complacent.

It’s worth noting that on the record, Sanchez is not universally despised. Teammate Nick Mangold took to Twitter calling the story “false,” adding “If ‘unnamed sources’ want to attack Mark, man up and put your name to it.” Continue Reading….